Want your JOKE to be posted here on our NEW JOKE PAGE.  Then email it directly to DeUnstoppable1@hotmail.com

JOKES, JOKES, Funny pictures, and even More JOKES below.

Scroll Down for even more LAUGHS 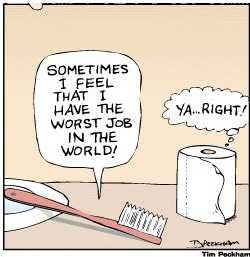 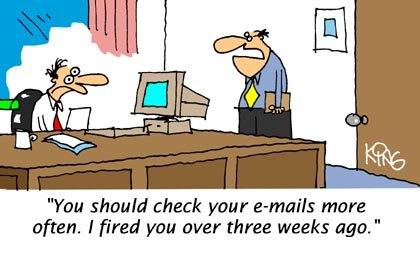 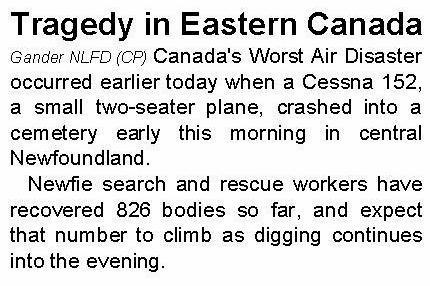 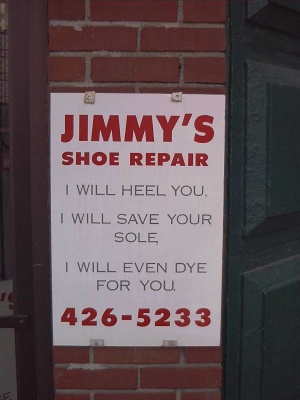 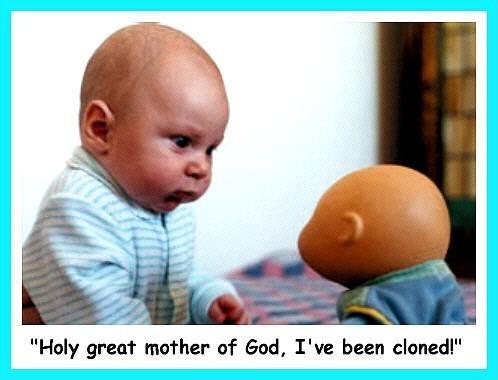 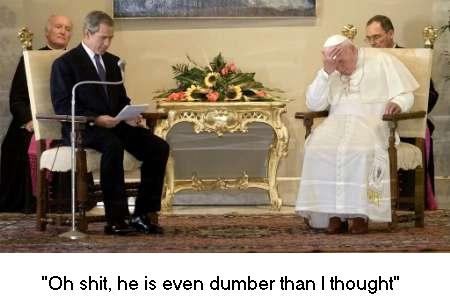 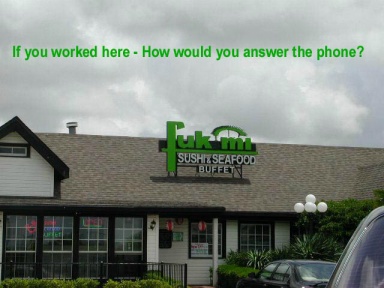 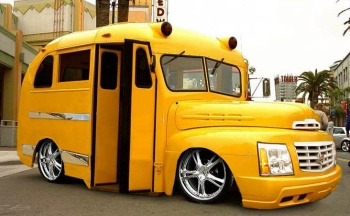 Photo below is titled - All Roads lead to ? 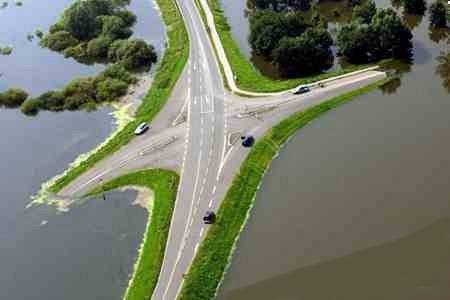 Photo below is titled - A Traffic Jam ? 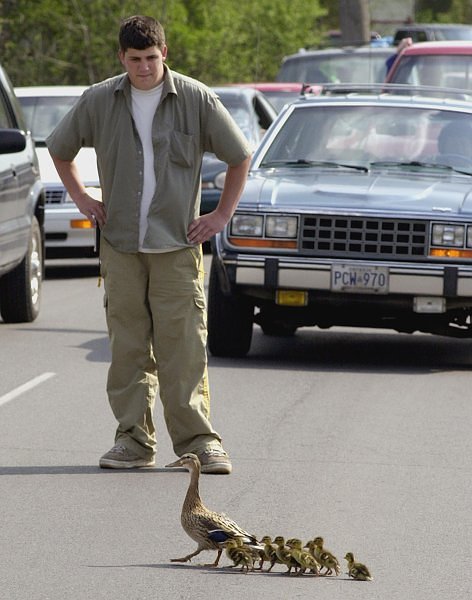 Photo below is titled - A Sport for All ? 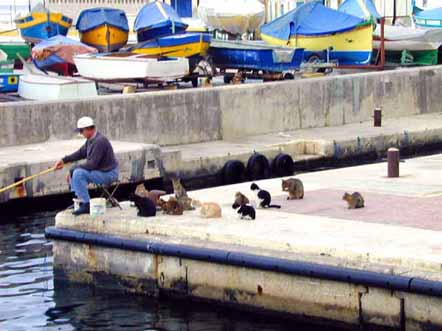 Photo below is titled - Handicap Parking ? 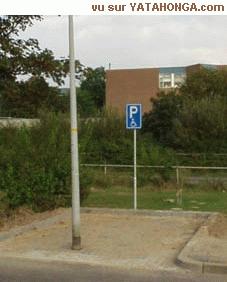 You Know You're Guyanese/Trinidadian when.

A guy buys his wife a beautiful diamond ring for Valentines. After hearing about this  extravagant gift, a friend of his said, "Wait a minute, I thought you told me before that she wanted one of those sporty four-wheel-drive vehicles?" "Well she did," he replied...  "But just where the hell was I going to find a fake Jeep?!"

Mike Tyson was complaining to Don King about how hard it was to get any sleep the night before his last big fight. He tells King, "I was awakened at one, two and four in the morning by this girl I met earlier banging on my door and screaming," he recalled. "That's terrible," said King. "How'd you ever get any sleep?" "At five o'clock I finally had enough! So I unlocked the door and let her out," replied Tyson.

This man goes along to the Patent Office with some of his new designs. He says to the clerk, "I'd like to register my new invention. It's a folding bottle." "OK," says the clerk. "What do you call it?" "A fottle, replies the inventor." "A fottle? That's a stupid! Can't you think of something else?" "I can think about it. I've got something else though. It's a folding carton." "And what do you call that?" asks the clerk. "A farton", replies the inventor. "That's rude. You can't possibly call it that!" "In that case," says the inventor... "You're really going to hate the name of my folding bucket -  a fucket"

The phone call...(this is suppose to be a so-called Blonde Joke)

A married couple were asleep when the phone rang at 2 in the morning. The wife (a blonde), picked up the phone, listened a moment and said, "How should I know, that's 200 miles from here!" and hung up. Curious, the husband said, "Who was that?" And his lovely wife replies, "I don't idea who it was. It was some stupid woman wanting to know "if the coast is clear."

A Blonde and her 2 horses...(this is suppose to be yet another so-called Blonde Joke)

A blonde buys and names two horses, but can never remember which is which. A neighbor suggests that she cut off a bit of the tail of one horse, which worked great until the other horse got his tail caught in a bush. The second horse's tail tore in the same place and looked exactly like the other horse's tail. Our blonde friend was stuck again. The neighbor then suggested that she notch the ear of one horse, which worked fine until the other horse caught his ear on a barbed wire fence. Once again, the blonde couldn't tell the two horses apart. The neighbor then suggested that she measure the horses for height. When she did that, the blonde was very pleased to find that... the white horse was 2 inches taller than the black one!

A naked woman is bouncing on her bed singing.
Her husband walks into the bedroom and sees her. He watches
her a while then says, "You look ridiculous! What on earth are you doing?
She says, "I just got my checkup and my doctor says I have the
breasts of an eighteen year old." She starts laughing and jumping again.
He says, "Yeah, right. And what did he say about your 45 year
old ass?"

"Your name never came up" she replied.

A young Japanese girl had been taught all her life that when she married she had to please her husband and never upset him. So the first morning of her honeymoon, the young Japanese bride crawled out of bed after making love, stooped down to pick up her husband's clothes, and accidentally lets out a big fart.  She looked up and said: "Aww So sorry...excuse please, front hole so happy back hole laugh out loud."

Whoever wrote these had WAY too much time on their hands!

The Trinidad and Tobago goverment announced today that it is changing its national emblem to a CONDOM because it more clearly reflects the goverment's political stance.  A condom stands up to inflation,halts production,destroys the next generation,protects a bunch of pricks,and gives you a sense of security,while it's actually screwing you.

A LITTLE BOY GOES TO HIS DAD AND ASKS, "WHAT IS POLITICS?"
DAD SAYS, "WELL SON, LET ME TRY TO EXPLAIN IT THIS WAY:
I'M THE HEAD OF THE FAMILY, SO CALL ME THE PRESIDENT.
YOUR MOTHER IS THE ADMINISTRATOR OF THE MONEY,
SO CALL HER THE GOVERNMENT.
WE'RE HERE TO TAKE CARE OF YOUR NEEDS,
SO WE'LL CALL YOU THE PEOPLE.
THE NANNY, WE'LL CONSIDER THE WORKING CLASS,
AND YOUR BABY BROTHER, WE'LL CALL HIM THE FUTURE.
NOW THINK ABOUT THAT AND SEE IF IT MAKES ANY SENSE."
SO THE LITTLE BOY GOES OFF TO BED THINKING ABOUT WHAT
DAD HAS SAID.
LATER THAT NIGHT, HE HEARS HIS BABY BROTHER CRYING,
SO HE GETS UP TO CHECK ON HIM.
HE FINDS THAT THE BABY HAS SEVERELY SOILED HIS DIAPER.
SO THE LITTLE BOY GOES TO HIS PARENT'S ROOM AND
FINDS HIS MOTHER SOUND ASLEEP! .
NOT WANTING TO WAKE HER, HE GOES TO THE NANNY'S ROOM.
FINDING THE DOOR LOCKED,
HE PEEKS IN THE KEYHOLE AND SEES HIS FATHER IN BED WITH THE NANNY.
HE GIVES UP AND GOES BACK TO BED.
THE NEXT MORNING THE LITTLE BOY SAYS TO HIS FATHER,
"DAD, I THINK I UNDERSTAND THE CONCEPT OF POLITICS NOW."
THE FATHER SAYS, "GOOD, SON, TELL ME IN YOUR OWN WORDS WHAT
YOU THINK POLITICS IS ALL ABOUT."
THE LITTLE BOY REPLIES,
"THE PRESIDENT IS SCREWING THE WORKING CLASS WHILE
THE GOVERNMENT IS SOUND ASLEEP.
THE PEOPLE ARE BEING IGNORED AND THE FUTURE
IS IN DEEP SHIT.

An attorney went into a bar for a Martini and found himself beside a scruffy-looking drunk who kept mumbling and studying something in his hand. He leaned closer while the drunk held the tiny object up to the light, slurring, "Well, it looks plastic." Then he rolled it between his fingers, adding, "But it feels like rubber." Curious, the attorney asked, "What do you have there?" The drunk replied, "I don't know, but it looks like plastic and feels like rubber." The attorney responded, "Let me take a look." So the drunk handed it over and the lawyer rolled between his thumb and fingers, then examined it closely by sniffing and licking it. "Yeah, it does look like plastic and feel like rubber, has no significant smell or taste, I sure don't know what it is. Where did you get it?" The drunk replied, "Out of my nose..."

Where do babies come from:

One afternoon a little girl returned from school, and announced that her friend had told her where babies come from.  Amused, her mother replied,"Really, sweetie, why don't you tell me all about
it?   The little girl explained, "Well... OK... the Mummy and Daddy take off all of their clothes, and the Daddy's thingee sort of stands up, and then Mummy puts it in her mouth, and then it sort of explodes, and that's how you get babies."

Her mum shook her head, leaned over to meet her, eye to eye and said,  "Oh, darling, that's sweet, but that's not how you get babies.  That's how you get jewellery."

-    Homemade Fireworks using a Bathtub, a Blowdryer, and a Fork

-    Clifford and the Big and Yellow Semi Monsters Killed Grandpa

-    When The Garbage Truck Came, it came to Sesame Street

-    How to Make Sushi with Ordinary Goldfish

-    Your Nightmares are real

-    The Time When Elmer REALLY got Bugs

-    Mickey Mouse and the Mouse Trap

Okay Folks - see if you can do this:-

Now go back and read the THIRD word in each line from the top.?

Betcha you can't resist passing it on.

JAMAICAN:    Lawd, look how she fat and spread out like mash bullfrog.

ENGLISH:       I really would like for us to be intimate.

ENGLISH:       There are a lot of men out there, that I can date besides you.

JAMAICAN:     You look like when fowl come from mango walk.

JAMAICAN:     Ah wah you a bodda me guthole fa?

NOT a result of circumstances.

Click here for More JOKES, and some funny Pictures